Sculpture at the Israel Museum, filled with ancient and modern art,  Jerusalem.
Our second day’s guide was Mitch Bertman, a Jewish American with an encyclopaedic knowledge of just about everything. His enthusiastic knowledge of all things ancient and modern in Israel was contageous. After five hours with him, I felt I had a much better understanding of the history and the conflict, but my head was about to explode because in new knowledge. We walked along the (imaginary) green line, separating Jerusalem from the Palestinian territories, toured battlefields and reviewed the events of the seminal 1967 war that shaped contemporary boundaries, visited the Israeli Museum, and tried to tour the Knesset. Alas, it was closed. But Mitch gave us a greater sense of how Israel’s parliamentary democracy works. It was a fascinating time. We can highly recommend Mitch.
Drill Deeper: 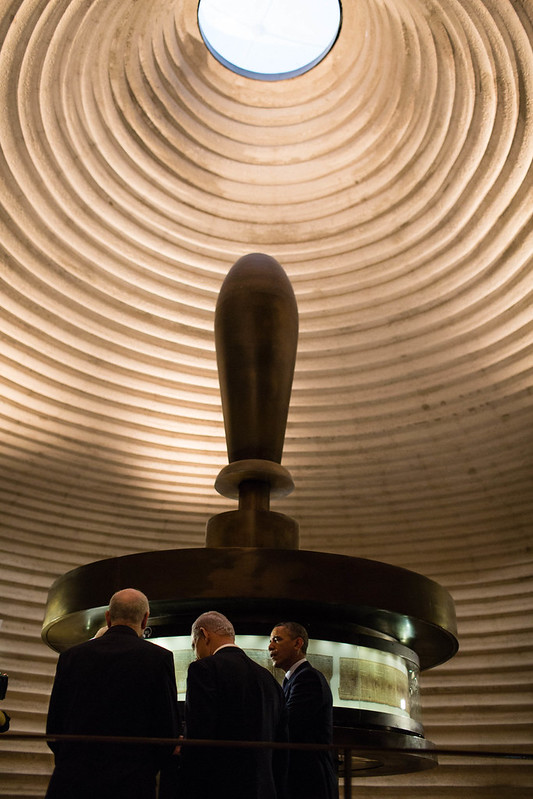